We figured it out 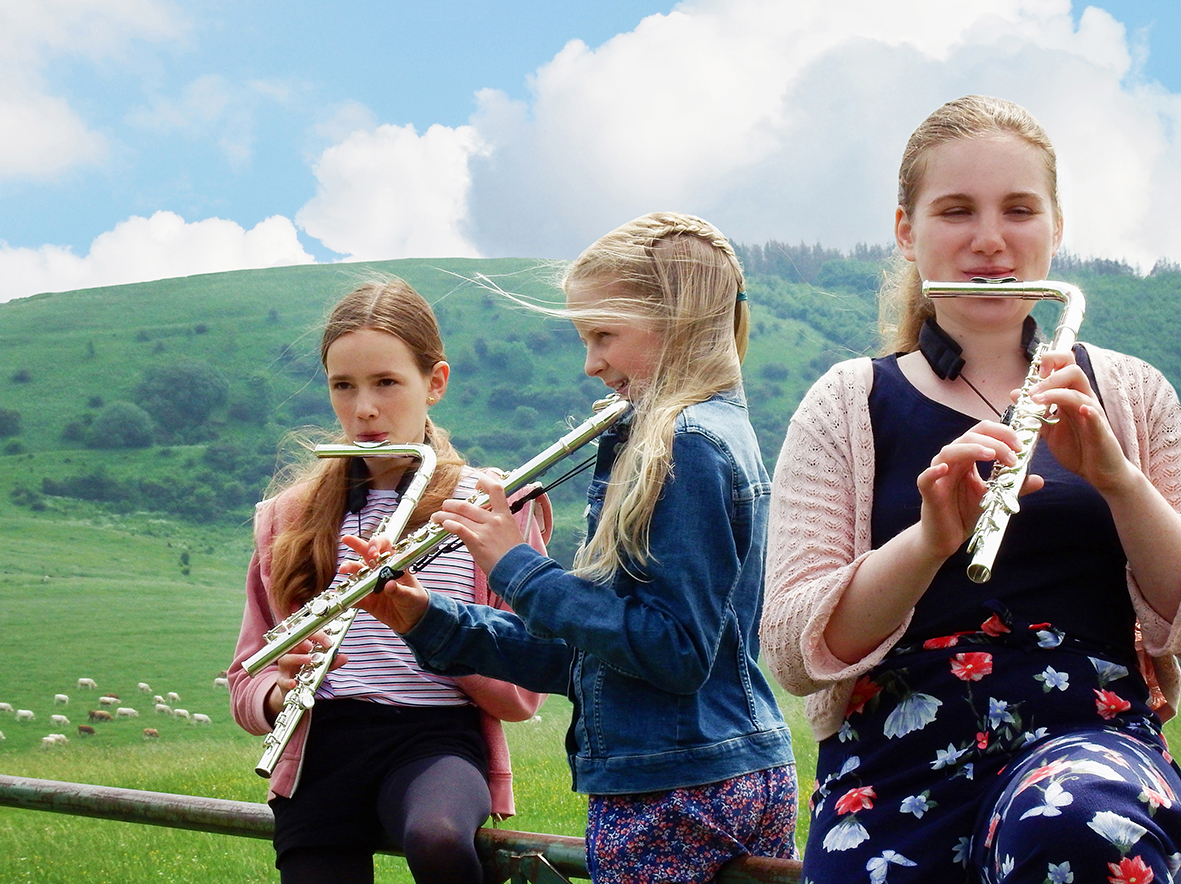 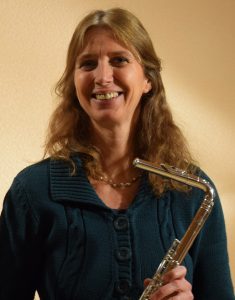 invented the flute head with Arne Siebling and is the managing director of re7olution GbR. She enthusiastically informs about her experiences with the new flute head and is responsible for marketing.

From 1989 to 1993 she studied the flute at the Music Academy in Kassel and graduated as a „state-certified instrumental teacher“.

From her school days she has given many concerts in different formations all over Europe and Japan.

Since 2000 she has been working mainly as an independent music teacher for flute, piano and MFE.

Together with Arne Siebling she leads the orchestra of the Reform School Kassel, where she has been given a teaching position for the subject music for the winter semester 2021. 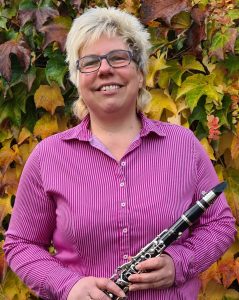 is managing director with Regina Engelhardt and takes care of the organizational work of re7olution GbR.

Thanks to her many years of experience in the instrument forge Mumberg, she virtuously coordinates the different production stages of the newly developed flute bow, which take place exclusively in Germany. In addition, she is available by telephone or on site to provide advice and assistance.

In her spare time, she plays the clarinet in the KSV Baunatal marching band and volunteers as a board member. 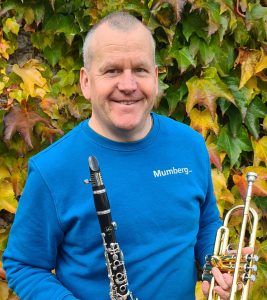 gladly took up Regina Engelhardt’s and Arne Siebling’s concrete idea for a new flute shape immediately, implemented it in terms of craftsmanship and built a first prototype, which Regina Engelhardt was able to try out thoroughly and happily. In the course of time, he additionally tinkered with various hand supports that could be a relief for the new flute shape.

No matter what it is about, Arnd Mumberg finds a solution 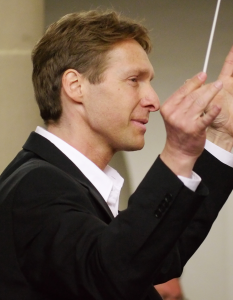 invented the flute bow with Regina Engelhardt and is glad to have found a master instrument maker in Arnd Mumberg, who knows how to congenially implement all ideas with open ears and an open heart and who produces the desired results 1:1 with his craftsmanship. Together with Regina Engelhardt he takes care of the marketing of the new flute bow.

He gave many concerts in different ensembles and orchestras, but especially with his wife and duo partner Regina Engelhardt. Together they gave many concerts, among others in Japan. For 13 years he was a guest musician at the Staatstheater Kassel and participated as clarinetist, saxophonist and guitarist in many productions. For several years he has also taught electric guitar.

In 2001 he founded the company 2feat. video & music enterprises as a filmmaker. 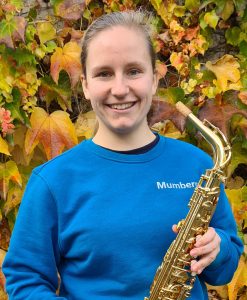 has accompanied the development of the new flute head with the greatest interest and her own ideas from the very beginning.

Alina Mumberg initially trained successfully as a carpenter. After completing this first apprenticeship in 2016, however, she decided to begin further training as a woodwind instrument maker.

In 2020, she completed her journeyman’s examination as the best in her year and now professionally supports her father in the workshop of the Mumberg instrument smithy. 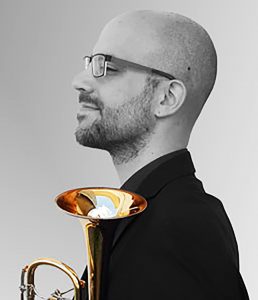 His many years of professional experience, his high-quality master training as a metal wind instrument maker in Ludwigsburg and his high quality standards make him an excellent contact in the region when it comes to wind instruments.

With a great deal of commitment and ambition, he completed his master craftsman training as the best in his class. In addition to acoustics and scale theory, he was trained in the use of state-of-the-art measuring and analysis systems for wind instruments and has already developed several instruments from scratch. 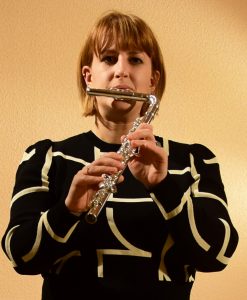 was very happy to hear about the new flute form, as for her, too, a balance to the traditional posture is a great relief.

She started with the flute at the age of 11 with John Hays in Bielefeld.

At the age of 16 she became a junior student in the class of Prof. Michael Faust at the Robert Schumann Hochschule in Düsseldorf.

After receiving her diploma in 2012, she moved to the class of Prof. Sebald, where she graduated with a Master of Music degree in 2015.

Since 2016 Svenja Borgstädt is a flautist in the Army Music Corps Kassel.

Video examples with the re7olution flute head and more at: